Singing sensation Dick Powell and dancer Ruby Keeler were a match made in musical heaven and they had great success in the early 1930s as an on-screen duo. In 1934, Warner Brothers teamed them up in Flirtation Walk, a light-hearted musical set at the West Point Military Academy. The studio reeled in a large profit on the picture and so they reteamed them to star in a similarly-themed production – Shipmates Forever – this time set at the Annapolis Naval Academy (go, Navy!). The publicity department even promoted the film with the line “Hats off to the Navy’s Flirtation Walk!”.

Dick Powell stars as Richard “Dick” Melville III, a popular New York nightclub singer who has no intention of joining the Navy and following in the footsteps of his father Admiral Melville (Lewis Stone). He is determined to lead his own life and singing is the career he chose. However, his father’s claim that his only son is a coward, leads Richard to enter the Annapolis Naval Academy solely to prove to him that he has the brains to become an officer. Of course, while he is there he learns just what it means to be a “navy man” and has a change of heart. 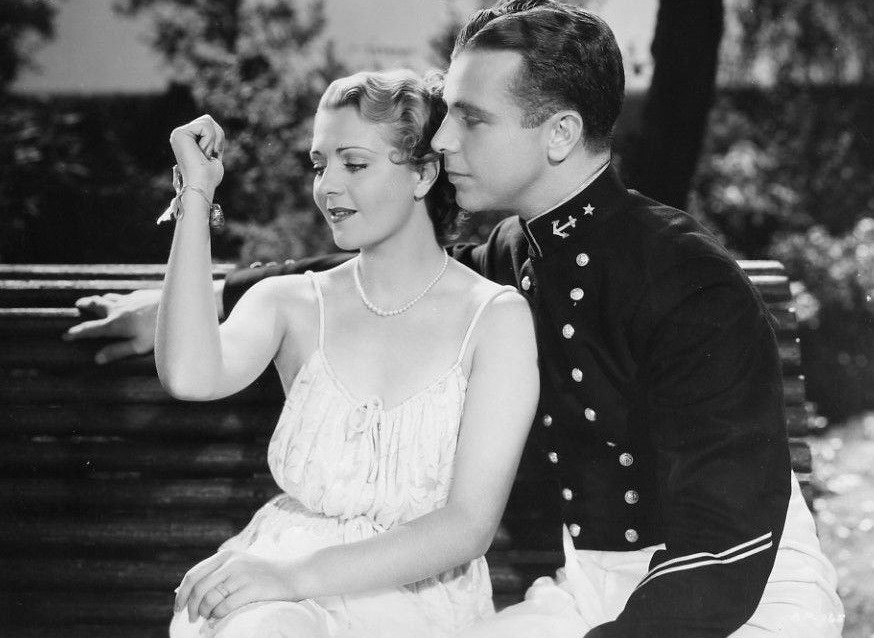 During the 1930s, there were a lot of movies made that dealt with life in military academies (it was as if the studios knew a war was looming in the distance). Shipmates Forever stands out as one of the best (along with Navy Blue and Gold) and, thanks to Frank Borzage‘s fine direction, the film has a lot of heart to it. For those who are especially fond of the Navy, you’ll need to keep some handkerchieves nearby for the closing scenes.

Shipmates Forever gives audiences a great behind-the-gates look at Annapolis with plenty of on-location footage. The movie also features a sweet romance between Ruby Keeler and Dick Powell and some great Harry Warren/Al Dubin numbers including the “Don’t Give Up the Ship”, “I’d Love to Take Orders from You”, and “I’d Rather Listen to Your Eyes”. But the best part of the film is Dick Powell’s fine performance. Powell was never given credit for being the talented actor that he was until he appeared in the noir Murder, My Sweet( 1944 ), but even in his early films, he was such a natural actor and always gave a winning performance. He is truly convincing as Dick Melville, a young man who seems torn between loyalty to his father, his best gal, and following his own dream. Even though he shuns his roommates at the Academy, they still look up to him as a classmate and eventually draw him into the comradery that was so much a part of life at Annapolis. These classmates are played by Ross Alexander and John Arledge (both from Flirtation Walk), Eddie Acuff, and Robert Light. Also in the cast is Dick Foran as a snooty upperclassman, as well as Mary Treen and James Flavin. 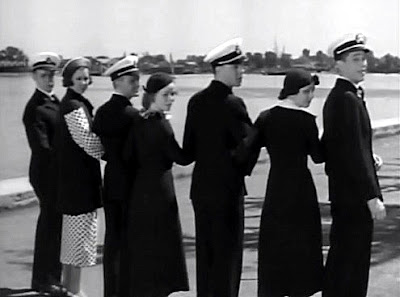 Shipmates Forever was released in October 1935 and did very well at the box-office, cementing Dick Powell and Ruby Keeler’s standing as one of the top on-screen couples at Warner Brothers studio at the time.