My sister and I were first introduced to classic movies through the films of the 1960s since this was the decade that our father loved the most growing up in. He started us off on children’s classics from this time period and then worked us back to his favorites from the 1950s and then 1940s. Most of my personal favorite films have ended up being the ones from the 1960s as well, so it was difficult to choose only six. These are not what anyone would call “top recommendations” or “best films” of the 1960s – they are just six favorites that are especially dear to me (and I am sure to many others as well). 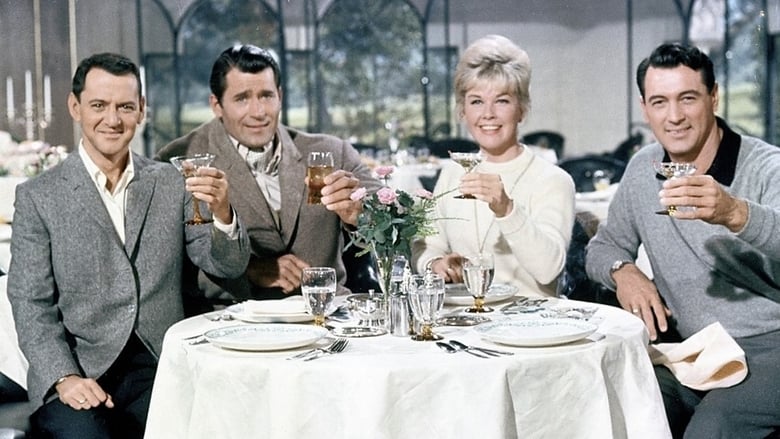 How can one write about favorite films of the 1960s and not even think about Rock Hudson and Doris Day! This lovely couple practically started a whole new genre of “bedroom comedies.”Of the four films that they made together, Send Me No Flowers is probably the most underrated. Rock Hudson plays a man who thinks he is dying and, with the aid of his friend Tony Randall, plots to find a husband for his wife Doris Day after he is gone. This was the film that introduced me to Doris Day and it has always remained my favorite. The suburban setting is marvelous, the dialogue is very witty and the comedic delivery of this dialogue from all the main actors is what makes this such a gem. The main title theme song – performed by Day of course – is happiness itself.

Favorite Scene: The country club dance, especially when Burt (Clint Walker) begins to dance with Judy and steps on her toes! 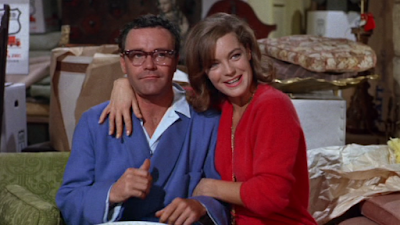 And speaking of suburban settings, here is another underrated gem that features some beautiful suburban ranch sets. Good Neighbor Sam showcases Jack Lemmon in one of the funniest roles he ever played. Sam (Lemmon) and his wife Min (Dorothy Provine) help her old school friend Janice (Romy Schneider) move in next door. When Janice discovers that she inherited $15 million from a long-lost uncle, they naturally help her claim her inheritance – which includes proving that she is still happily married. The catch is, she isn’t. So Sam pretends to be her husband and things work well until her real ex-husband shows up! I’ve watched this film countless times and never tire of it. It’s chock full of familiar character actors from film and television, including Edward G. Robinson, Edward Andrews, Louis Nye, Charles Lane, and Joyce Jameson. The location scenes around San Francisco are great, Romy Schneider never looked more alluring and the whole plot idea of a woman “loaning” her husband to her best friend is too much fun.

Favorite Scene: When Sam spends the evening at Janice’s house, eats a steak dinner, and then comes home and pretends he hasn’t eaten, only to be fed burnt macaroni and cheese (“Here’s some more of that crust that you love.”) 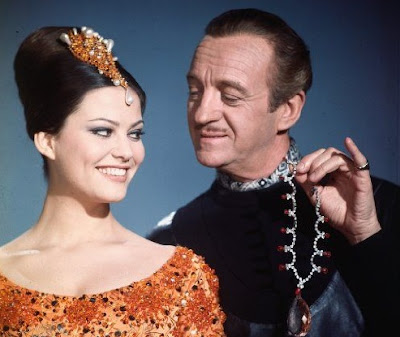 Now, this is a real childhood favorite and one that’s probably a favorite for many. Heist films were all the rage in the 1960s, but The Pink Panther is great because it is played for laughs. David Niven makes such a debonair jewel thief, he also starred in the original Raffles, and the beautiful location setting of the film (in Paris, Cortina d’Ampezzo and Rome) really make this a delight. My sister and I loved watching this on winter evenings when we were youngsters. Peter Sellers made the character of Inspector Clouseau so lovably bumbling that he reprised the role in four more films.

Favorite Scene: The informal dinner party at the Princess’ mountain lodge. Sir Charles thinks he is going to have a private dinner with the princess and then discovers that it is a party affair. No favorite list of mine would be complete without a Hayley Mills film included and, in this case, there are two – both from Walt Disney Studios. The Parent Trap tells the story of twin sisters who were separated at birth and meet up at a summer camp by accident. They then switch places with each other in order to meet the parent they never knew. This was the movie that launched Hayley Mills career in Hollywood. She was such a talented child actress and she plays both parts so well that you really DO believe that there are twins in this movie!

Most favorite films are chosen for a reason and, in my case, location settings have a lot to do with why I enjoy a certain movie. The Parent Trap was filmed in and around beautiful Big Bear Lake in California and at the Walt Disney ranch and these sets conjure up wonderful summer feelings of camping, hiking, and being out in the woods. Since they are a family of two sisters and a mother and father, it also makes me think of my own home life…especially Saturday evenings with my mom cooking stew in the kitchen.

Favorite Scene: There are too many favorite scenes in this movie, but the stew scene does stand out as one of the tops. This is when Mitch (Brian Keith) and the twins come back from a camping trip with Vicki and Mitch sees Maggie (Maureen O’Hara) in the kitchen making stew. It reminds him of the old days when they were married and he realizes that he still loves her and wants to marry her again.

This Disney classic was made when Hayley was a few years older and this acted as a nice transition film for her. She was no longer a child star and not quite ready for adult roles. In the film, she plays Patty, a teenager who has a bent for getting into trouble. Her cat comes home one night with a wristwatch around its neck and scrawled on its backside are the letters HEL. Patty believes it belongs to a kidnapped woman who was trying to write “help” and so she enlists the aid of the FBI and her cat becomes an agent. This is a light-hearted mystery comedy and always enjoyable to watch. Walt Disney knew how to pick good talent and the cast in That Darn Cat is especially great – Dean Jones as the FBI agent, Dorothy Provine as Patty’s sister, Frank Gorshin as one of the criminals, William Demarest and Elsa Lanchester as the neighbors, and Roddy McDowall as an obnoxious coworker.

Favorite Scene: When Zeke (Dean Jones) tracks “DC” the cat around the town and follows her into the drive-in movie theatre where Patty and her boyfriend (Tom Lowell) happen to be watching a surfing film. 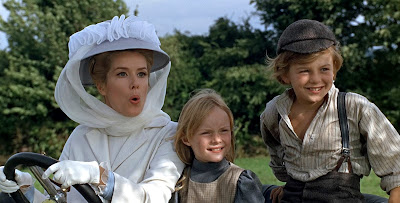 Ian Fleming‘s classic story about a magical motorcar was brought to the big screen by Albert “Cubby” Broccoli in an attempt to mimic a Walt Disney film. He hired the best crew, including the Sherman Brothers to compose such a wonderful score, and created quite an entertaining musical. This is another childhood favorite that I simply cannot resist. Although, I must admit that the first half of the film is what intrigues me the most. Once Professor Potts and his family arrive at the castle of Baron Bomburst the story is primarily fantasy. Nevertheless, it is a favorite I never tire of. Sally Ann Howes is “truly scrumptious” and, once again, the settings are beautiful. The movie was shot on location in France, Germany, and England (at a windmill that Hayley Mills later purchased for herself). This film also reminds me of my own childhood and seeing the children wait while their father repairs the car, brings back fond memories of hearing my dad clanking away in the garage repairing automobiles.

Favorite Scene: When Sally Ann Howes sings “A Lovely Lonely Man” on the grounds of her mansion (which happens to be Heatherton Hall at Pinewood Studios).

So there you have it….six favorites from the 1960s. And not a single drama in the lot!

Constance Metzinger runs the website Silver Scenes, “a blog for classic film lovers.” This article originally appeared last July and is being reprinted as today’s guest post. Tell us what your favorite films from the 1960s are in the comments!