1. In his book Inside Gilligan’s Island, series creator Sherwood Schwartz wrote: “Actually, we were fortunate to sign Tina Louise in that role (of Ginger). I had remembered her from God’s Little Acre. She had a face and figure that were hard to forget. But she was in a Broadway musical at that moment, Fade Out, Fade In, with Carol Burnett. In order for her to play Ginger, we had to buy out her contract for the balance of her guarantee to the play.”

2. At the age of 18, Tina Louise appeared in the 1952 Broadway musical revue Two’s Company. The show was conceived to showcase Bette Davis, who was finding quality film roles scarce even after her Oscar nomination for All About Eve (1950). The revue was plagued with problems, including Davis collapsing from fatigue during a tryout performance, but it still played on Broadway for 90 performances.

3. In the 1950s, Tina Louise worked mostly on stage and in television. In 1956, she gained attention as Appassionata Von Climax in the original Broadway production of L’il Abner (a role that Stella Stevens would play in the movie version). Hollywood came calling and she was cast as Robert Ryan’s sexy daughter-in-law in the then-racy God’s Little Acre (1958).

4. After film roles opposite leading men such as Richard Widmark (The Trap), Robert Taylor (The Hangman), and Robert Ryan (Day of the Outlaw), Tina Louise appeared in a handful of Italian movies and then transitioned to television. She also appeared in a 1959 issue of Playboy; her photos were a little provocative, but nothing too scandalous. 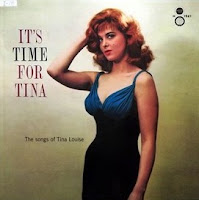 5. In 1957, she also released a album called It’s Time for Tina. It includes covers of classic tunes like “Embraceable You” and “Let’s Do It (Let’s Fall in Love).” The album was reissued in 1998 and you can still buy it.

6. Tina Louise was married to talk show host Les Crane from 1966-71; they had a daughter named Caprice. After Gilligan’s Island ended in 1967, Tina tried to distance herself from the role of Ginger Grant. She turned down lucrative paydays by refusing to appear in any of the Gilligan’s Island made-for-TV movies. She wouldn’t even provide the voice for Ginger in the Saturday morning animated series. To her castmates’ surprise, she did join them for a Gilligan’s Island reunion on Good Morning, America in 1982. 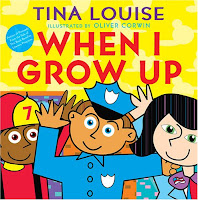 7. Tina Louise has written two books: When I Grow Up (2007) and Sunday: A Memoir (1998). The former is a children’s book, while the latter autobiography focuses on her own childhood. The dust jacket includes this description: “When Tina Louise was around six years old, she was shunted off to boarding school by her parents, who were divorcing. Sunday is her moving memoir of growing up in an uncaring world of strangers… A blue stone, the color of her mother’s eyes, becomes her link to the world that left her behind; a childhood prank has adult repercussions; and Sunday, the day when parents visit, becomes a day of hope and dreams of reconciliation.”