Clark Gable and Constance Bennett, two of the biggest stars in Hollywood in the early 1930s, teamed up only once for a fast-paced mystery/drama called After Office Hours (1935).

This MGM release featured the King of Hollywood in a typical Gable-like role as Jim Branch, a hard-hitting New York news reporter who would do anything to scoop the headlines from his rival newspaper. The latest sensation is a rumor that Tommy Bannister (Harvey Stephens) is having an affair with the wife of millionaire Henry King Patterson (Hale Hamilton). Jim wants the dirt about the story but Henry King’s circle of friends is strictly society grade. Luckily, he has Sharon Norwood (Bennett) on his staff. She happens to be a socialite who is playing a working gal for a lark. She also happens to be good friends with Tommy Bannister. Jim decides to use her to get the inside story but falls in love with her in the process!

After Office Hours was clearly MGM’s attempt to capitalize on the success of Columbia Studios’ It Happened One Night  (1934). Metro-Goldwyn-Mayer had loaned Gable out to Columbia as punishment for his affair with Joan Crawford. Frank Capra cast him as the cocky reporter in that film and it turned out to be a box-office smash, raking in nearly $2.5 million. When MGM received their golden boy back they quickly cast him in a film with a similar story. He’s not chomping on a carrot in this film, but his Bugs Bunny mannerisms are on display just like they were in It Happened One Night. 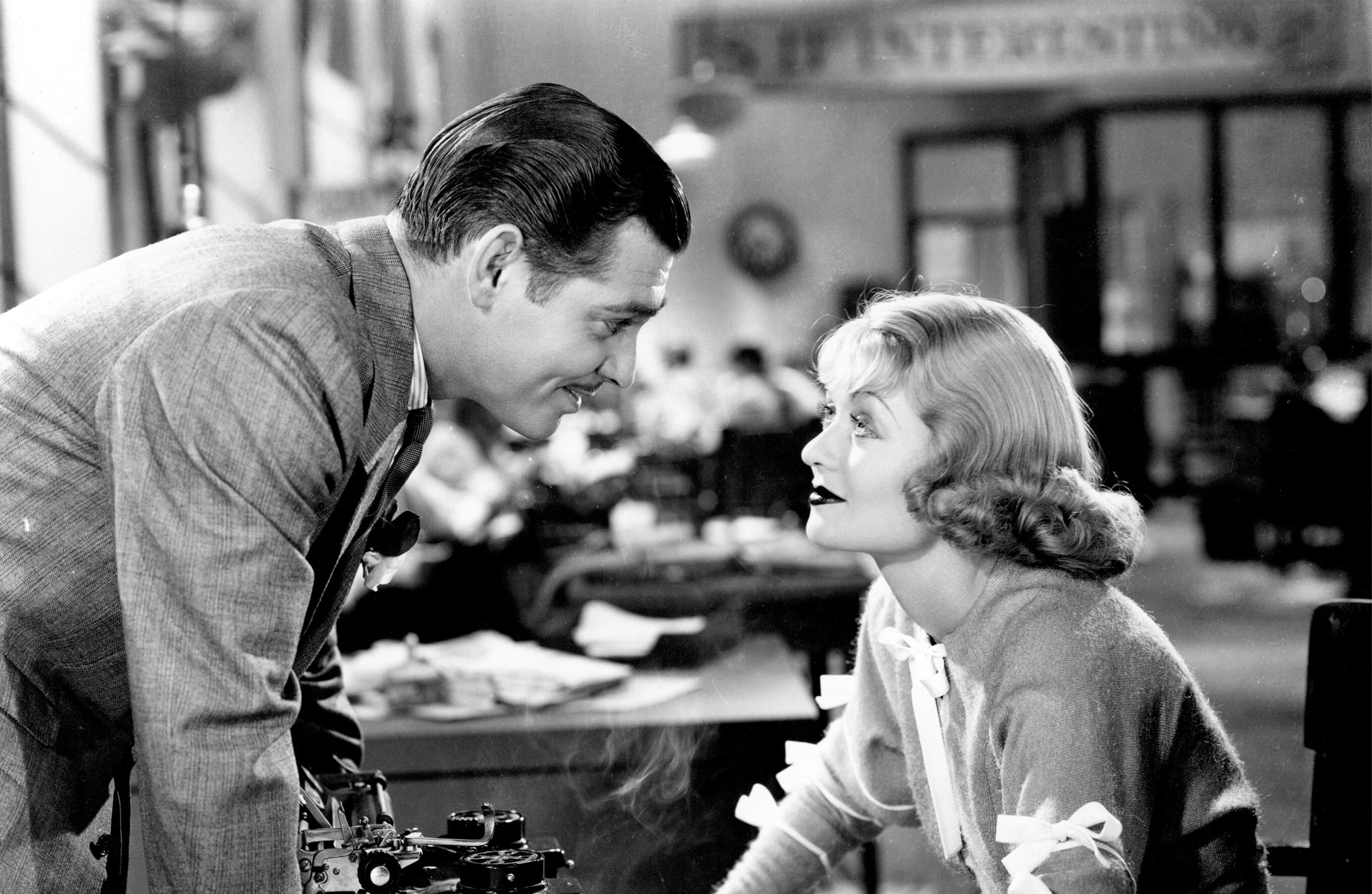 The only thing After Office Hours lacked was the presence of a comedienne like Claudette Colbert. Ms. Bennett resembled a porcelain doll and was just as fragile. Herman Mankiewicz wrote a script packed with clever verbal repartee but Bennett lacked the ability to give her dialogue a humorous touch hence there was no zest in their interchanges. An actress like Claudette Colbert or Loretta Young would have made the film much more entertaining.

Nevertheless, if you want a fast-paced mystery with some top-notch talent, then it is well worth checking out After Office Hours. Robert Z. Leonard did a great job of directing the film and MGM would later recognize his talents and give him big-budget assignments such as The Great Ziegfeld, Pride and Prejudice, and the Nelson Eddy/Jeanette MacDonald films.