Most avid James Bond fans, like my sister and I, can instantly recognize Bond actors when they appear in other films, no matter how brief their role may be. It’s a knack that comes from having seen the movies so many times. For newbies interested in becoming Bond character-actor-spotters, there are three character actors associated with the 007 franchise that are uber easy to recognize: Lois Maxwell who played Bond’s loyal secretary Miss Moneypenny, Desmond Llewelyn, the inimitable mechanical genius “Q”, and Geoffrey Keen who portrayed Sir Fredrick Gray, head of the Ministry of Defense.

My sister and I first saw Keen in the James Bond films and for years, not knowing his name, we simply referred to him as the “minister.” As we watched more and more British films throughout the years we found that this nickname suited him well for, like most character actors, he had his little pigeon-hole: that of playing men in high government positions.

He began his career in the 1940s portraying either detectives or sergeants and later inspectors of police forces, but by the mid-1950s he was settling into roles that called for increasing responsibility: supervisors, deans, captains, and superintendents. As early as 1960 he was assistant chief of Naval Staff (Sink the Bismarck) and just one year later rose to the highest position he would play in film, that of the Prime Minister (No Love for Johnnie).

What was it about Geoffrey Keen that made him so well suited to play magistrates, commissioners, colonels, and the like? His appearance for one thing. He cut an imposing figure, was always well-groomed and cultured (you’d never catch Keen among lowly people), and walked in an air of authority. He often carried a stern countenance that told his inferiors that his commands were to be taken with the utmost seriousness. 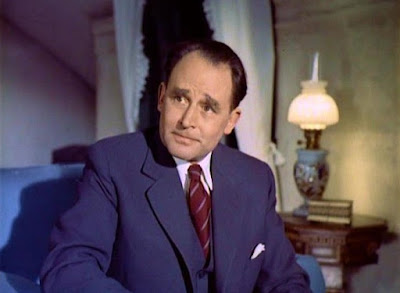 But this does not mean that he was a hard taskmaster. Quite the contrary. The minister knew how to smile and he always issued his orders with kindness. His roles as magistrates suited him particularly well because Keen seemed to be a man with a keen sense of justice. As a prisoner on trial, I would feel comfort in knowing that he was judging my case. He would weigh the case very carefully and not let the flourishing words of the barristers sway his judgment.

He had a humorous side, too, and while James Bond’s assumed flippancy would appear to irritate him, his eyes would twinkle nonetheless. It was this understanding and compassionate side of his nature that earned him the respect of the men and women who served under him.

Keen was born in Berkshire, England in 1916 to Malcolm Keen, a popular stage actor of the 1930s. Malcolm entered films as early as 1917, making his last film appearance in Life for Ruth  (1962). Father and son appeared in three films together: Rob Roy, the Highland Rogue ( 1953 ), She Played with Fire (1957), and The Birthday Present (1957)…and, like Geoffrey, Malcolm was often given roles of authority: lords, presidents, bishops, and the like. It must have been a family trait.The younger Keen made his stage debut in 1932 and entered the Royal Academy of Dramatic Arts the following year. He had just joined the Royal Shakespeare Company when war broke out in 1939, and Keen enlisted with the Royal Army Medical Corps.

During the war, he appeared in an Army instructional film directed by Carol Reed, and this small part led to him being cast in several Reed films after the war ended: Odd Man Out (1947), The Fallen Idol (1948), and The Third Man (1949).

Keen’s filmography throughout the 1950s was quite impressive. He had appearances in some top-notch US and British productions including Walt Disney’s Treasure Island (playing Isreal Hands); he was a police inspector in The Clouded Yellow (1950), Hunted (1952), and the comedy Genevieve (1952). A brief role as a businessman in Turn the Key, Softly (1953), was followed by some excellent military roles such as General Nye in The Man Who Never Was (1956), Sink the Bismarck (1960), Torpedo Bay ( 1963) and The Heroes of Telemark (1965).Keen often portrayed men in the medical and religious profession, too, as in Storm Over the Nile (1955), Yield to the Night (1956), Sailor Beware ( 1956 ), and The Spanish Gardner (1957) where he played the kindly Dr. Harvey.

During this time, Keen also made a number of appearances in television in series such as The Edgar Wallace Mystery Theatre, The Wonderful World of Disney ( in the classic mini-series “Dr. Syn, the Scarecrow of Romney Marsh” ), The Saint, Secret Agent, The Persuaders, Mogul, The Venturers, and Crown Court.

In 1977, Geoffrey Keen made his first appearance as Sir Fredrick Gray, the Minister of Defense, in the 007 film The Spy Who Loved Me. In most of the 007 pictures, Gray could be seen during the initial briefing of Bond’s missions, occasionally mid-mission (where he’d often ejaculate “Bond, what do you think you’re doing?!”) and during any crisis involving the nation’s defense, of course. 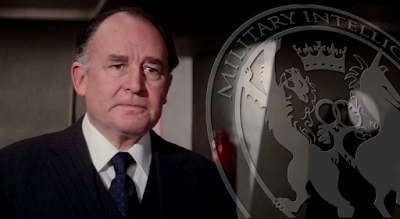 Shortly after the release of The Spy Who Loved Me, Keen appeared in the Bond spoofs No. 1 of the Secret Service, starring Nicky Henson and Licensed to Love and Kill starring Gareth Hunt. His presence made these imitation Bond films a little bit more authoritative. At this time, Keen eased up on appearing in other films and made only occasional appearances on television and on stage. Instead, he focused solely on the James Bond movies, which included Moonraker (1979), For Your Eyes Only (1981), Octopussy (1983), A View to a Kill (1985) and The Living Daylights (1987).

Keen passed away in 2005 at the age of 89 leaving behind two daughters from his three marriages and a legion of Bond fans who adore spotting “The Minister” in the many films he made throughout the 1950s and 1960s.

Constance Metzinger runs the website Silver Scenes, “a blog for classic film lovers.” This article originally ran last year and is being reprinted as part of our ongoing 10th anniversary celebrations.