Lionel Barrymore is best remembered for his latter-day screen gallery of irascible oldsters good-natured and bad. This multi-talented exponent of a legendary American stage dynasty began carving his legacy as one of Hollywood’s greatest character stars from the earliest days of the film industry. Born in Philadelphia in April of 1878 to British law student-turned-performer Maurice Barrymore (real name Blythe) and second-generation stage actress Georgiana Drew, Lionel  Herbert Barrymore and his younger siblings–sister Ethel and brother John–would grow up to make their mark in their parents’ profession. A gifted draftsman, Lionel (like John) had aspirations of becoming a professional illustrator, but the family craft would push him elsewhere.

He’d make his first stage appearance in the mid-1890s and, by the turn of the century, he’d be providing support on Broadway for his uncle John Drew Jr., followed by co-starring with Ethel and John in various plays. After marrying actress Doris Rankin and spending a few years in Paris, Lionel returned to the States in the early teens, splitting time between the New York stage and the Biograph studios, where he’d cut his teeth appearing in shorts directed by D.W. Griffith.

As the decade progressed, Barrymore racked up dozens of acting credits at Biograph, even getting a handful of screenwriting and directing assignments; by its close, he was one of Broadway’s most lauded performers, gaining accolades for “Peter Ibbetson,” “The Copperhead” (which he’d reprise onscreen) and “The Jest.” By 1922, he’d split with Rankin to marry actress Irene Fenwick the following year, and phased out the stage to focus his energies on film.

He’d be busy before the cameras at home and abroad in the early ’20s, with The Eternal City, Decameron Nights, Fifty-Fifty and The Bells, among others. Lionel also developed a rapport with Louis B. Mayer at his Metro Pictures, and the mogul would get his services for the newly-formed MGM in 1926. He’d remain busy over the ensuing years with projects including The Temptress (1926) with Greta Garbo, opposite Gloria Swanson in the first go-round of Sadie Thompson (1928), and with good friend Lon Chaney in West of Zanzibar (1928). The late silent era also found Barrymore having a short-lived stint at feature direction, marked by such afforts as 1929’s  Madame X and His Glorious Night, The Rogue Song (1930) and Ten Cents a Dance (1931).

The advent of sound had the film industry scrambling for stage veterans, but they had one already ensconced in Barrymore, and he made a completely seamless transition. The ’30s kicked off with the role that brought him his sole Oscar acting nomination–and win–as the high-powered, hard-living criminal defense lawyer paying for his lax parenting of Norma Shearer in 1931’s  A Free Soul, which was later remade in 1953 as The Girl Who Had Everything with William Powell and Elizabeth Taylor in the starring roles. Later that year he was opposite Garbo again in Mata Hari.

The span of the decade found him at his professional peak, in many of his most notable projects, often sharing billing with his brother. In 1932’s Arsene Lupin, Lionel was a detective pursuing master criminal John; that same year, as dying accountant Otto Kringelein, he joined a guest list at Grand Hotel that also included John, Wallace Beery, Joan Crawford, and Greta Garbo. The Barrymore brothers were joined for the only time on screen by their sister Ethel in 1932 for the lavish historical saga Rasputin and the Empress. 1933 found Barrymore, as Billie Burke’s ailing husband, hosting a memorable all-star get together in Dinner at Eight; Lionel and John took to the skies with Clark Gable, Helen Hayes and Myrna Loy in Night Flight; and, in One Man’s Journey, he was inspiring as he committed himself to enriching the lives of others.

Other highlights from this period include three turns opposite popular child stars: Jackie Cooper in 1934’s Treasure Island (as Billy Bones), Freddie Bartholomew in 1935’s David Copperfield (as Dan Peggotty), and the always adorable Shirley Temple in The Little Colonel (also 1935). Barrymore even dabbled in horror with Dracula director Tod Browning  in the chillers Mark of the Vampire (1935) and The Devil Doll (1936). Other late ’30s roles included Nat in Eugene O’Neil’s Ah, Wilderness (1935); as President Andrew Jackson in The Gorgeous Hussy (1936); Monsieur Duval alongside Garbo’s Camille (1936); Disko Troop, the understanding skipper, in  1937’s Captains Courageous with Bartholomew and Spencer Tracy; and as the original Judge Hardy in A Family Affair, the 1937 kickoff to the Andy Hardy franchise. Knowing full well his tendency to overact, he admitted, “I’ve got a lot of ham in me.”

By 1938, a hip injury had coupled with encroaching arthritis to confine the 60-year-old performer to a wheelchair; it stopped neither Barrymore nor the studios, who resolutely re-crafted his roles around his physical limitations. However, his deteriorating condition caused him to lose out on starring as Ebeneezer Scrooge in MGM’s version of Charles Dickens’ A Christmas Carol, which was eventually awarded to Reginald Owen. Years later, when referring to MGM head honcho Louis B. Mayer, Barrymore said, “L.B. gets me $400 worth of cocaine a day to ease my pain. I don’t know where he gets it. And I don’t care. But I bless him every time it puts me to sleep.”

It was at that point that MGM gave him the ideal vehicle for his patented “crusty curmudgeon” persona, playing head of surgery Leonard Gillespie, mentor/tormentor to Lew Ayres’ earnest intern, in 1938’s Young Dr. Kildare. The series continued in 1939 with Calling Dr. Kildare, and the overwhelming response to the unheralded B dramas resulted in Barrymore’s reprising the role 13 more times through 1947, having other young leads as his foils after Ayres left the series in 1942. After filming Dr. Gillespie’s Criminal Case, he spoke up about his precocious young co-star Margaret O’Brien saying, ” If that child had been born in the middle ages, she’d have been burned as a witch.”

That era also found him otherwise busy with some of his most enduring characterizations, including the eccentric clan patriarch of Frank Capra’s Best Picture Oscar Winner for 1938, You Can’t Take It with You; the dying grandfather who matches wits with grim reaper Cedric Hardwicke in the 1939 fantasy On Borrowed Time; and The General in the 1943 WWII tale A Guy Named Joe. Barrymore was Greer Garson’s embittered steelworker father of The Valley of Decision (1945), also starring newcomer Gregory Peck; and in David O. Selznick’s 1946 western epic Duel in the Sun, Lionel rode a horse (!) as he played Peck’s vengeful dad.

If he wasn’t already known around the world, Barrymore became immortalized in celluloid as Mr. Potter, the small-town despot of Capra’s It’s a Wonderful Life (1946), a role that would eventually become his most revered.

Tax troubles mandated against Barrymore ever retiring, and he continued to plug along onscreen through the early ’50s, delivering memorable work in 1948’s Key Largo opposite screen giants Humphrey Bogart and Edward G. Robinson; Down to the Sea in Ships (1949) with Richard Widmark; opposite James Stewart and Spencer Tracy in 1949’s Malaya; and–re-creating his role as Andrew Jackson–in 1952’s Lone Star. At the same time, the now-septuagenarian actor was also performing frequently on radio; he was often a stand-in for Cecil B. DeMille as host of the Lux Radio Theater and reprised his portrayal of Dr. Gillespie on the syndicated radio show “The Story of Dr. Kildare” in the early ’50s. One of his most popular radio turns was his portrayal of Scrooge, which he performed annually from 1934 to 1953. TV was still considered the studios’ nemesis, and he demurred from the medium out of a sense of loyalty to Mayer and MGM. He also devoted his energies to music composition, a novel, an autobiography, and as always, his illustrations. His film farewell came alongside sister Ethel, making cameos as themselves in the 1953 all-star musical Main Street to Broadway.

Some actors have no star on the Hollywood Walk of Fame, but Lionel has two; one each for his work in movies and his radio career.

Long before his death from a heart attack in 1954, he summed it all up by reporting, “You can’t retire in Hollywood. Nobody gives up a job, even if he’s 90, or sick, or has money like Midas. Everybody works until his last breath, and when one day they die, they die like Napoleon’s grenadiers, who died with the words “Vive l’Empereur!” Just so, the last words of a director or producer are “Make another take!”

And now, check out Mr. Barrymore’s facial expressions and special brand of delivering lines in this scene from his illustrious career: 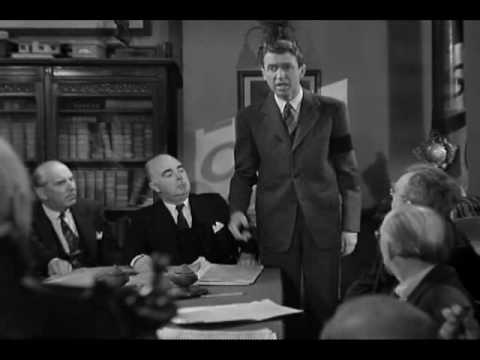