That’s a quote spoken by star Boris Karloff near the midpoint of Robert Wise’s 1945 adaptation of The Body Snatcher, and anyone who knows where the star’s initial fame comes from can probably find some irony in the comment. It’s a prime indication of how the Val Lewton produced film, which also features Karloff’s contemporary and rival Bela Lugosi in a smaller role, is not interested in following in the footsteps of Universal’s Monster series, which was spinning its wheels into obscurity by the time Lewton and co. took over the gothic horror scene in the early 1940s.

Wise is one of the most accomplished genre directors in Hollywood history, later making award winning musicals like West Side Story and The Sound of Music alongside horror/sci-fi hits The Haunting and The Day the Earth Stood Still (plus, a personal favorite noir, The Set-Up). Here he’s cutting his teeth on his third film (his second with Lewton, after The Curse of the Cat People), but he already seems to have a mastery of black-and-white cinematography that few other filmmakers ever matched. He also offers us one of the first “real-crime” horrors of the Hollywood era, referencing and drawing from real-life murderers Burke and Hare often as he provides his look into Edinburgh of 1831.

The film, adapted from a short story by Robert Louis Stevenson, follows a pair of doctors who practice on cadavers and Cabman John Gray (Karloff), a grave-robber first and smirking fiend second, who provides the specimens for their experiments. Gray is the type of character who can only signify bad news to anyone who requires his services, and things become more complicated as suspicion arises in the mind of the young doctor (Russell Wade) about just how he comes to acquire such well-kept specimens. This also raises a red flag for the doctors’ assistant Josef (Lugosi), who confronts the imposing Gray in a memorable mid film scene. (Of course, it’s hard for me to view the two onscreen without thinking of the Martin Landau as Lugosi response from 1994’s Ed Wood. That’s both one of my favorite movies ever, and a different story for a different day. Let’s move on.) 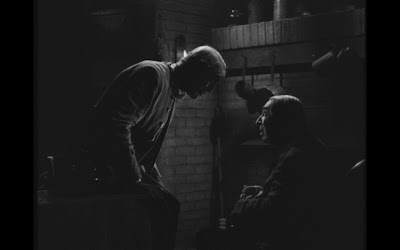 Like I said earlier, The Body Snatcher may feature Universal’s big stars, but that’s as close as it fits to the Frankenstein or Dracula films of Hollywood’s Golden Era. In fact, today there would be a strong debate as to whether or not this film would qualify for the horror section at the local video store. There’s no lumbering villain or mystical conjurer, just an extremely unsettling and compelling human character who’s clearly a smarter criminal than the doctor who wants to become like God. Karloff provides Gray with both a sinister sneer and a charming smile, dominating the characters he deals with with ease, capturing the viewer’s attention in the process. 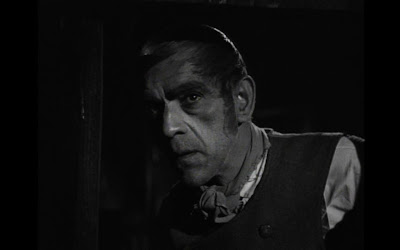 A short film with a deeply satisfying plot, The Body Snatcher offers up Karloff at his best and provides a smart outlet for the classic horror fan. The abrupt ending is surprising but effective, reminding us of the cursed nature of all characters who tamper with the boundaries of life and death. Despite a slow-pace at the start, things pick up drastically in the second and third acts, and what might be Karloff’s best performance adds to the film’s power. The Body Snatcher is a film any classic horror fan needs to seek out, and an easy choice to be added to the Midnight Movie of the Week collection.

The Mike is a lover of all things cinematic, who chronicles his adventures with genre and cult movies at his blog: From Midnight, With Love.