Cactus Flower was a stage play before it became a movie. One of the most interesting facts I learned about it was the fact that Lauren Bacall had played the part of Stefanie Dickinson on stage and, quite naturally, expected to be offered the part when it was due to be filmed.  But producer Mike Frankovich decided he wanted someone a bit younger than Bacall, who was 45 at the time.  So who does he get? Ingrid Bergman.  (Bergman was almost 10 years older than Bacall).  Needless top say Bacall wasn’t pleased.  But it eventually worked out because the two eventually worked together on Murder on the Orient Express (1974).

Ingrid Bergman had a career that spanned 50 years. Even in her old age she was still an attractive woman and she passed on that attractiveness to her daughter, Isabella Rosselini. She could still carry a movie, all the way up until she died. Witness her performance in her last film, the TV movie  A Woman Called Golda (about Israeli prime minister Golda Meir, for which she won an Emmy). She certainly did well in Cactus Flower, although only her co-star, Goldie Hawn, was nominated for an Oscar. But Bergman could just as well have been nominated, too.

The truth about the matter is I don’t understand how Toni Simmons (Goldie Hawn) can be infatuated with dentist Dr. Julian Winston (Walter Matthau). He must be one hell of a charmer in bed.  Matthau plays an inveterate bachelor and ladies man who has a thing going with a girl half his age. The thing is he’s told her that he is married and has three kids. Except he’s not really married and there are no kids. But there is a method to his madness, such as it is. By making her believe he is married, he doesn’t have to commit to a long-lasting relationship. 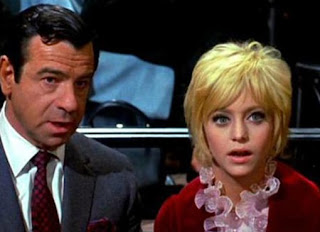 Except that Toni tries to commit suicide because she’s in love with the big lug but he keeps standing her up, she thinks, for his wife.  Fortunately for Toni, her neighbor Igor (Richard “Rich” Lenz) happens to smell the gas in her apartment and breaks in to save her. But Toni had sent a letter to the dentist telling him of her plans to commit suicide. Which his assistant, Stefanie (Ingrid Bergman) did not give him right away.  When he gets the letter he immediately cancels the rest of his appointments and rushes to her apartment. 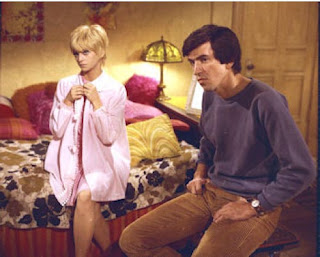 Upon realizing that she is still alive and coming to the conclusion he can’t keep up the charade any longer, he tells her he is going to marry her.  After he divorces his wife.  Which he doesn’t have.  (He can’t tell her he was never really married, could he?  Then she’d know he was a liar, and that would be bad). So now the doc desperately needs someone to pretend that she is his wife so he can divorce her. 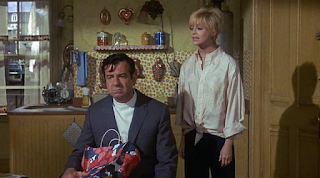 His solution?  Get his assistant to pose as his wife. But unbeknownst to him, Stefanie is secretly in love with him.  And she has some misgivings about the whole charade.  But she ends up going though with it, telling Toni that she and Julian, as man and wife, no longer love each other and that she, Stephanie, approves of Julian’s plans to “divorce” her.  Unfortunately, she doesn’t really do a really good job of convincing Toni that it’s all over between them.  Toni is convinced that Julian’s “wife” still loves him.  (Which of course, she does). 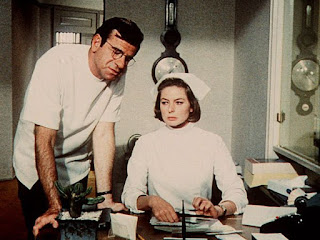 If you are the least bit romantic, you will feel for Stefanie. Here is a woman who is a shy “cactus flower”, who has an unrequited love for a man but has too much self respect to put herself out there. Bergman is great as the woman who goes to any lengths to please the man she loves including going against her better judgement to help him maintain a lie.  You only hope it all works out in the end.  (Which end I won’t reveal, but I will tell you it is satisfying).