Editor’s note: This article was originally published in May of 2010.

It gets asked over and over again, so why not here: Who’s the best James Bond?

It’s hardly as much fun to simply ask fans to rank Sean Connery, George Lazenby, Roger Moore, Timothy Dalton, Pierce Brosnan and Daniel Craig like so many contestants in an acting pageant. Choosing a real champion in the realm of the Bond series offers opportunities to conduct an exercise that, especially unique to this franchise, I believe also depends on picking “bests” that reside outside any evaluation of the lead actor’s performance. Fans and critics alike have frequently declared that the best Bonds in general are only as good as their villains, but as we Bond fanatics know, there are many—so many—other elements involved in picking the winner.

By the end of these posts, we’ll have figured it out once and for all:

Dr. No; From Russia with Love; Goldfinger; Thunderball; You Only Live Twice; Diamonds Are Forever

Ask a fan who was there in 1962 at the beginning of the world’s longest-running film franchise (at nearly a half century and counting), and the answer to the question of who’s the best James Bond is likely to be Connery, who was at first considered an unwise casting choice for Dr. No by none other than Bond’s literary creator, Ian Fleming. Too rough around the edges, Fleming thought. Who knew? Certainly not Connery, who was disappointed to inform the producers of Tarzan the Magnificent he couldn’t participate in their follow-up to Tarzan’s Greatest Adventure (in which he played a rare villainous role) because “two fellows took an option on me for some spy picture and are exercising it.” Fleming eventually came around to appreciate Connery’s interpretation of the part he originated on the big screen, so enamored of the magnetism and conviction Connery brought to the role that he eventually added a Scottish heritage for 007 in the later books. Icy-cool and unaffected by the baggage that came with its expected repitition. Not to mention the creative buildup to Connery’s onscreen introduction, which director Terence Young stages with subtly dramatic suspense.

From Russia with Love The showdown between 007 and Red Grant. All the more impactful for the lack of music and the jagged cutting by editor Peter Hunt, who would later direct one of the very best Bonds in the series.

Most Riotously Suggestive Name for a Bond Girl You know her name. As played by Honor Blackman, from Goldfinger.

007 sticklers might say it’s John Barry’s “Mr. Kiss Kiss Bang Bang,” but I’m choosing that other theme from Thunderball that was never used for the film in any form: Take it away, Johnny Cash! 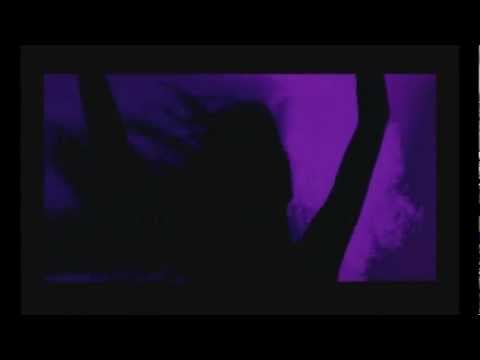 There are exceptions to every rule, but most actors will tell you that playing the same role over a long period of time (whether onstage or on the silver screen) makes it increasingly difficult to keep one’s work fresh and exciting. As popular (and generously compensated) as he was, Sean Connery made a decision to exit the Bond series after the 1967 adventure You Only Live Twice. The last time he played the part was in 1983’s Never Say Never Again, a remake of Thunderball that emerged out of complex and contentious litigation between Eon Productions and writer/producer Kevin McClory. The film wasn’t made by Eon’s Bond “family,” and fans split often on its inclusion in any discussion of the series. While it has some virtues—Connery’s good, Klaus Maria Brandauer is entertaining and oily as Largo—for me, the Bond films are about much more than the actor playing the role, and as it lacks the theme music, the gunbarrel, and the elusive sophistication that would mark it with the imprimatur of an official 007 production, I can’t help but (mostly) disregard it.

The first time Connery realized he should “never say never” came with 1971’s Diamonds Are Forever, however, after a wildly lucrative offer was made to him to reprise the part for an agreed-upon single additional appearance in the franchise. An overreaction, perhaps, because the man chosen to replace him was not disastrous at all, in spite of some harsh verdicts rendered at the time.

Nobody Does Bond Better Returns in: George Lazenby—A Model Bond; Moore, Roger Moore; The Dangerous Timothy Dalton; Pierced Through the Heart; and A Craig-Like Face