Editor’s Note: This article was originally published in September of 2010.

Valley of the Dolls was first a best-selling novel, then it became a box office smash, but the film version of Jacqueline Susann’s show-biz saga might be most famous for its dialogue being delivered with such unknowing campiness.  Not since The Oscar with Stephen Boyd had so much emoting gone into something so deliciously bad.

Barbara Parkins got top billing in the film after becoming famous on the nighttime soap Peyton Place. She wanted the meaty part of doomed megastar Neely O’Hara (the role ultimately went to Patty Duke), and Parkins ended up as Anne Welles, the “good” girl from New England. Check out the extras on the DVD and you can see her Neely screen test. It’s god-awful and so much fun to watch!

Dolls also starred the beautiful Sharon Tate as Jennifer, the girl with no talent, “just a body.” Susan Hayward replaced Judy Garland as Helen Lawson, a grande dame of the theater. Garland was supposedly fired for missing rehearsals, but maybe this was one time the old adage “better late than never” did not apply. Parkins reveals on the DVD extras that she felt Garland was scared the Lawson role (fading star, growing older) was going to somehow mirror her own career. Coincidentally, it was rumored that author Susann based the Neely O’Hara character on Garland.

Since its premiere in 1967, Valley of the Dolls has spawned an abysmal 1981  TV remake starring Lisa Hartman, Veronica Hamel, and Catherine Hicks, as well as a 1996 off-Broadway version with drag performer Jackie Beat playing Helen Lawson and singing her signature song with a mobile dangling over her head (Fans who know the film will get the joke). But my favorite Dolls parody was on The Carol Burnett Show, when Burnett, Vicki Lawrence and singer Gloria Loring spoofed the camp classic. It was genius…and so, I guess, in its own way is Valley of  The Dolls. After all, it’s over 40 years old and still being talked about.

What your favorite Valley of the Dolls lines say about your personality ….

1. Neely: “I’ll leave this stinkin’ show…WITH DIGNITY!” (You always have an exit strategy)

5. Mel: “I’m not the butler, Neely.” Neely: “You’re not the breadwinner, either!” (or “eeth-ah,” as Patty Duke says it) (You like to establish boundaries)

8. Neely: “I am merely traveling incognito.” (You suffer from high self-esteem)

9. Helen Lawson: “Look…they drummed you right out of Hollywood, so you come crawling back to Broadway…well, Broadway doesn’t go for booze and dope.” (You know location is important when trying to score)

10. Neely: “Then I heard she went to Paris to make art films…art films? Nudies! That’s all they are…Nudies!” (You majored in film criticism)

If you ‘ve never seen the film, here’s a tasty little glimpse with Hayward and Duke at their cheesiest (and featuring line number nine): 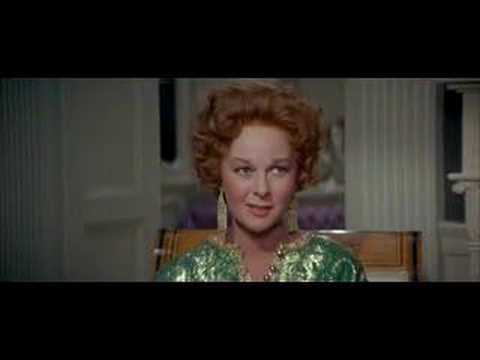