Here are 10 trivia facts about Jodie Foster which originally appeared on our Facebook page. There are hundreds of pieces of behind-the-scenes information about this great actor. Please feel free to comment and add more trivia we might have missed.

1. Jodie has been in and around the entertainment business for almost 50 years.

When Jodie Foster, born in 1962, was three years old she was the Coppertone girl in a TV commercial, a rather humble start to a stellar acting career. Since then, she has become world-renowned as an actress, producer and director.

2. Many of her movies have come out on top at the ticket counter on their opening weekends.

Interestingly, Jodie Foster’s first blockbuster hit was one that was not expected to do as well as it did. 1991’s The Silence of the Lambs, a sleeper of sorts, opened at number one with a weekend gross of $13 million and would run up worldwide ticket sales in excess of $270 million. Also, the TV western update Maverick (1994) and the high-tech thriller Panic Room (2002) were their debut weekends’ winners, taking in around $20 million and $30 million, respectively. Flightplan, Foster’s 2005 airborne suspenser, flew high with opening weekend audiences as well to claim the top spot with nearly $25 million.

3. One of Jodie’s very popular films was based on a book by a distinguished author.

Foster’s 1997 box-office hit Contact was based on a best-selling novel, a science-fiction tale of humanity’s first interaction with extraterrestrials, by scientist/author Carl Sagan. Oddly enough, Sagan’s book started out as a screenplay in 1979, but the movie idea didn’t get underway as expected. Only after re-creating it as a novel and watching it become an international success did the Cosmos creator see his movie plans resurface, albeit with many differences between the page and the screen. Jodie’s inclusion in the cast as astronomer Dr. Ellie Arroway helped guarantee the movie’s realization.

4. In one of Jodie Foster’s films, the director made a cameo appearance.

In 2011, Roman Polanski assembled a dream cast of Jodie Foster, Kate Winslet, John C. Reilly and Christoph Waltz, all Oscar winners or nominees, in Europe for Carnage, his film version of co-screenwriter Yasmina Reza’s Broadway play God of Carnage. In one of the movie’s final scenes, the foursome causes a ruckus in the hallway outside Foster and Reilly’s stylish Brooklyn apartment, causing a concerned neighbor–portrayed by Polanski–to pop his head out of his front door and then, just as quickly, disappear back inside. Polanski is no stranger to playing roles in his films, but they usually have more substance. He can also be seen slicing Jack Nicholson’s nose in Chinatown (1974) and as the title Polish immigrant in The Tenant (1976).

5. Like many film stars before her, she started her own production company.

Foster started her own production company in 1992, naming it Egg Pictures, mostly producing independent movies. However, after realizing she didn’t have the determination to get involved in big scale productions, she closed it down in 2001. Since childhood, the actress has always been interested in independent productions.

6. For some of her films shown in foreign markets, she has dubbed her own voice.

When Jodie attended a French prep school in Los Angeles, it may not have been known at the time how well her knowledge of the language would serve her in her acting career. Agreeing to appear in Jean-Pierre Jeunet’s A Very Long Engagement (2004), it was natural for her to do her dialogue in the film’s native tongue. She has done the French-language voice-overs for many of her films for foreign audiences. What’s more, the actress also speaks Italian very well and understands both German and Spanish.

7. At one time, she was the youngest guest host on a popular TV show.

Before a seven-year-old Drew Barrymore replaced her in 1982, Jodie Foster held the record of being the youngest person ever to serve as host of NBC’s Saturday Night Live. The honor came in November of 1976, when she was 14 years old and getting rave notices for her performance in Martin Scorsese’s Taxi Driver. In the years since, Foster’s been bumped further up the SNL age list thanks to appearances by Fred Savage (13) in 1990 and Macaulay Culkin (11) in 1991. For those keeping score on the other side of the calendar, her 2010 stint at age 88 gives Betty White the distinction of being the oldest SNL guest host.

8. When her career changed direction, Jodie’s first new role got me nominated for an Oscar.

As a youngster, Jodie Foster’s career was going very well. From 1969 to 1975, the child actress had guest turns on many TV shows, among them The Doris Day Show, Julia, Mayberry R.F.D., Adam-12, The Courtship of Eddie’s Father, Gunsmoke, Bonanza, and more. She also played the Tatum O’Neal role in a short-lived 1974 small-screen version of Paper Moon, and even did voice work for Hanna-Barbera cartoons (including son Pugsley in The Addams Family!).

Her early movie resumé included Disney’s Napoleon and Samantha (1972) and One Little Indian (1973);  Tom Sawyer (1973), where she played Becky Thatcher; and a supporting part in Alice Doesn’t Live Here Anymore (1974), directed by Martin Scorsese. Two years after that role, the director gave Jodie her big break as Iris, the teenage runaway/prostitute befriended by Robert De Niro’s Travis Bickle, in his gritty drama Taxi Driver. The controversial  performance was a game-changer for Foster, as she was nominated for that year’s Best Supporting Actress Academy Award. It also cemented her place as one of Hollywood’s top young talents, one who would be top-billed from then on.

Foster has been nominated for four Academy Awards. After Taxi Driver, her turn as the rape victim in 1988’s The Accused earned her the Best Actress statue, an achievement she would repeat three years later as FBI trainee Clarice Starling in The Silence of the Lambs. She was also recognized by the Academy in 1994 with another Best Actress nomination for Nell.

9. She is indirectly associated with a major historical event.

Just two and a half months into President Ronald Reagan’s first term,  on March 30, 1981, he survived an attempt on his life when he was shot by John Hinckley, Jr. outside a Washington, D.C. hotel. Reagan recovered amazingly quickly from a punctured lung, and three others who were also shot that day survived. However, one of the three–White House press secretary James Brady–suffered a severe brain injury that would leave him permanently disabled.

So where does Jodie Foster figure into this unfortunate day in history? The mentally troubled Hinckley had developed an obsessive interest with the actress after seeing her in Taxi Driver. Taking on in his mind the Robert De Niro/Travis Bickle persona of being her protector, he followed her around the country, even going so far as enrolling in the same writing class Foster was taking in college. When she failed to respond to his repeated notes and phone calls, he decided to prove his “love” for her by becoming as well-known as she. Still identifying with would-be assassin Bickle (a character who, ironically, was based on Arthur Bremer, the man who shot presidential candidate George Wallace in 1972), he first stalked then-President Carter to see how close he could get, and was eventually arrested for unlawful firearms possession. Undeterred, Hinkley later focused on Reagan, all the while certain that his warped actions would impress Foster.

It is well known that Foster does not want to relive that terrible time in her life by discussing the event publicly, and she refuses to this day to take questions on the subject. Before any interview, it is arranged in advance never to approach the topic or mention Hinckley’s name, a rule she has altered only twice, for Esquire Magazine in 1982 and on PBS’s The Charlie Rose Show in 1999. In 1991, after discovering that the subject would be pursued during her introduction for her interview on The Today Show, she quickly cancelled her appearance. A lesser woman might have headed toward seclusion; Jodie threw herself into her career and has emerged a global icon.

10. Jodie graduated with honors from an Ivy League university.

Now see what a fine actress Jodie Foster is in the theatrical trailer for 2005’s Flightplan: 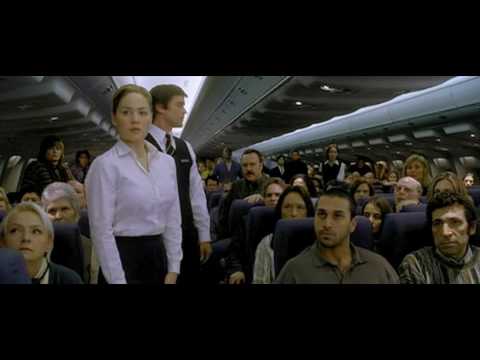